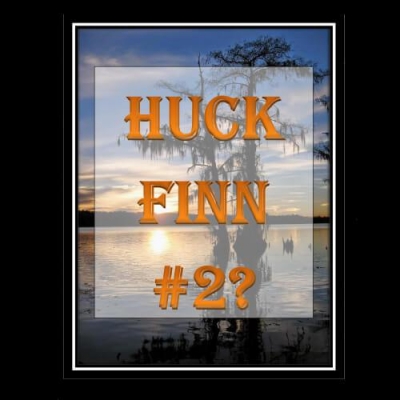 Mark Twain left us hanging. What happened to Huck Finn? A new sequel to the movie version of Huckleberry Finn could satisfy our curiosity. At the end of the novel, 12-year-old Huck decides he can’t live with Widow Douglas anymore and endure her attempts to civilize him. Huck says, he’s “been there before.” Instead he decides to “light out for the territory.” He runs away.

The territory in the mid-1850s was all of the United States west of the Mississippi except for Texas and California. Like Mark Twain himself, the streetwise and gregarious Huck would shun hard labor on a farm or ranch and head for the bustling city of San Francisco.

Huck doesn’t need to work. He was awarded half of Injun Joe’s gold at the end of The Adventures of Tom Sawyer. Judge Thatcher invested Huck’s $6,000 and pays him a dollar a day in interest. That’s plenty to live on in the 1850s. Huck likes to be around people, he’s observant, and he has a habit of assuming different names and identities. In The Adventures of Huckleberry Finn, Huck introduces himself by five different names and personal histories.

As much as he likes to pose as a character, Huck would find acting too demanding. He would have to memorize lines, take direction, and be locked into a schedule. Huck is a free spirit who doesn’t like to be tied down. He needs to be in control of his time and movements. Most of all Huck craves adventure.

So in the sequel, Huck becomes a freelance newspaper reporter in San Francisco like Mark Twain. He ventures down to the harbor, out to the gold mines, and into the redwood forests and Yosemite to find out what’s going on.