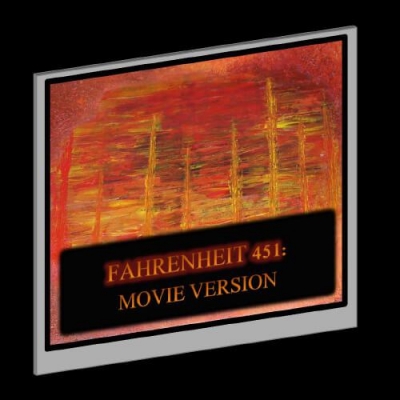 The flat screen TV in Ray Bradbury’s Fahrenheit 451 was so big it was called “the wall.” Today’s largest TVs boast seven-foot screens. According to Fahrenheit, it’s not the size of the screen that matters, it’s the content.

Like modern media rooms, game rooms, and home theaters, every house in Bradbury’s futuristic novel has a TV wall. Bradbury predicted in 1953 that television screens would get bigger, programming would become mediocre, and technology would become the center of our lives. In Fahrenheit 451 TV shows are like reality TV. Characters interact with the wall much like we do on Facebook, Twitter, and Skype.

Bradbury predicted other inventions in Fahrenheit 451 including 24-hour banking machines, earbud headphones, electronic surveillance cameras, and listening devices in the form of Bradbury robot dogs that sniff around your house recording conversations.

The most prophetic trend in Fahrenheit 451 is technology’s dehumanizing effect on modern culture. Characters in the novel suffer from loneliness and isolation from watching the wall’s mindless programming. The character of Mildred spends her days interacting with the wall and taking sleeping pills at night.

Viewers have finally turned away from the mind-numbing reality shows the networks developed to cut costs. Quality dramas and sit-coms are back, but they are produced by internet companies, not the networks. Netflix and Amazon have hired talented writers with fresh ideas. For the first time CBS, NBC, ABC, and FOX did not win 2015 Golden Globes. HBO won a single award. Netflix and Amazon were big winners, signaling a power shift from the traditional television industry to tech companies, and the viewers’ shift from TV to computer.

The new players in the media biz seem to have heeded Fahrenheit 451: “The good writers touch life often. The mediocre ones run a quick hand over her.”